"It seems easier for women to come out. Apparently, it is more delicate for men who play a team sport. It is high time that a male homosexual role model spoke up."
Daniëlla Somers, World Champion Thai Boxing 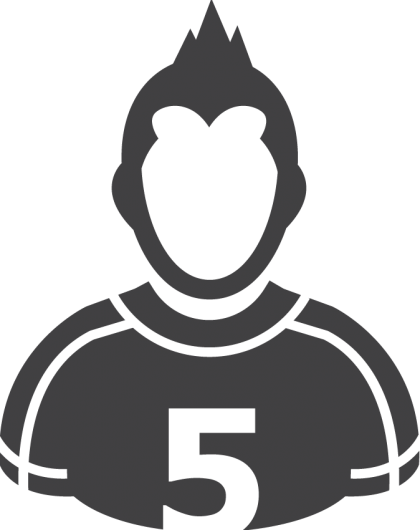 05. Homophobic language and behaviour on and off football pitches are openly condemned.

Naturally, the anti-discrimination legislation applies to football stadiums and the Football Act as well contains provisions to discourage homophobic language and behaviour. The FIFA introduced severe sanctions to be imposed in case of discriminatory or offensive behaviour on the football pitch.  The circular OOP 40 containing guidelines on offensive, racist and discriminatory language and chants during football matches from Home Affairs (2006) clearly indicates the boundaries of tolerance and what measures the football sector can take to combat racist, discriminatory and provoking behaviour as well as offensive chants during football matches. These measures were implemented through the internal rules of procedure.

In addition, several codes of conduct are in place in football. These mainly pool practical agreements and guidelines, but also contain rules on respect and fair play for players, coaches, supporters, parents and board members.  A nice example is the Panathlon Declaration on Ethics in Youth Sports, in which clubs commit themselves to eliminate all forms of discrimination in youth sport.

Nevertheless, in the past, some players, coaches, managers and supporters have used homophobic language. As a result, LGB footballers keep quiet about their sexual orientation, change to LGB sport associations, or decide to give up sport completely.

Through self-regulatory measures football federations and clubs send out the important message that they openly reject such behaviour and that such language goes against the spirit and mission of football. Moreover, the relevant initiatives taken by the football sector itself have a greater impact in terms of awareness-raising.